AJ Bombers is the go-to burger joint on Water Street, a popular destination for nightlife. The restaurant has been serving up burgers for over a decade and once even won a television contest for the best burger in Milwaukee.

AJ Bombers has a ton of character, from shelled peanuts everywhere to customers signing the walls, meaning it would probably be popular even if they didn’t serve excellent food. Since becoming so popular, the restaurant now has a permanent second location on the west end of town and seasonal stands at Miller Park and Summerfest. 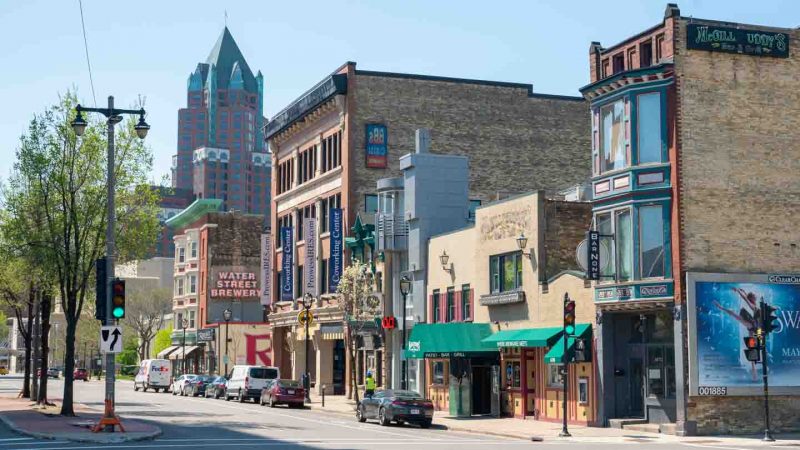 The original location definitely boasts a great location. AJ Bombers is the final business at the end of a stretch of some of the city’s most popular bars and restaurants. Given the hours, you can stop off at AJ Bombers for some food before a night of fun on Water Street or after a happy hour at some of the surrounding bars.

The restaurant is also a short walk from other downtown entertainment choices, like the Fiserv Forum or the Milwaukee Rep Theater. Though there are many options for food in the area, if you are craving a burger, few spots can compete with AJ Bombers.

Related: Your Guide to the Best Water Street Bars 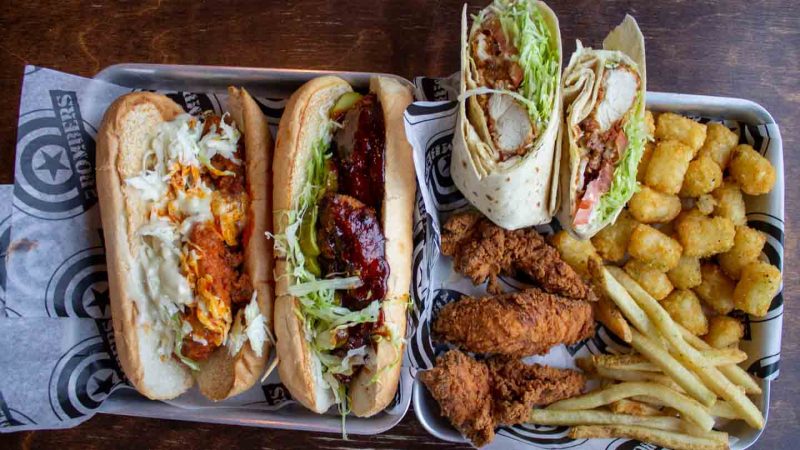 Before you dig into one of AJ Bombers’ award-winning burgers, you may as well start with an appetizer. Try either the buffalo chicken egg rolls or the poutine fries topped with gravy and cheese curds. 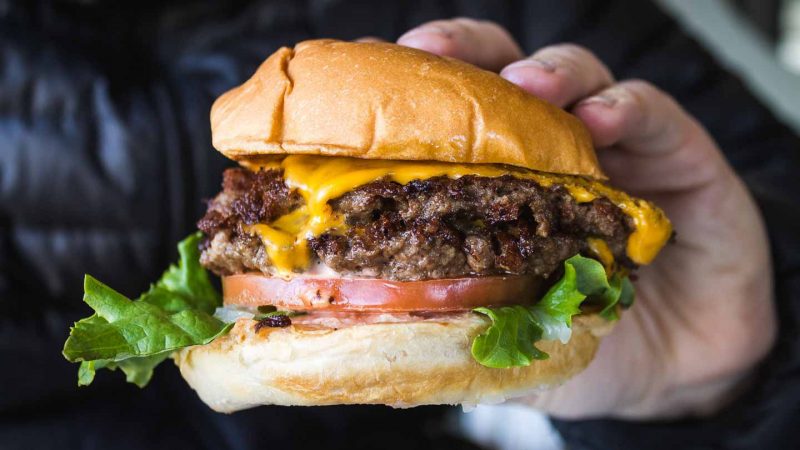 There are numerous burger options to choose from, or you can build your own burger, but the Milwaukee Burger is a must-try since it won AJ Bombers an award on a national TV show. It’s a quarter-pound burger topped with bacon and stewed onions and is as delicious as it sounds. The Barrie Burger is also worth a try, a quarter-pound burger topped with American cheese, bacon, and peanut butter. If peanut butter isn’t your favorite topping, try the Bomber Burger, which starts as a quarter-pound patty coupled with a fried or baked portabella mushroom stuffed with cheddar and muenster cheeses, and you can pick toppings from there. Remember to also pick one of AJ Bomber’s sides, including skin-on fries, tater tots, onion strings, or sweet potato chips.

For dessert, try the homemade frozen custard or one of their custard concrete concoctions, like dirt cake or Nutella-banana. Milkshakes are also offered in a variety of flavors, like raspberry and peanut butter, to which you can also add a shot of alcohol for an extra fun time.

Stands at American Family Field and the Summerfest Grounds