Eagle Park Brewing Company is one of Milwaukee’s newest breweries, yet has already made a nationally acclaimed mark on the brewing scene.

They were recently nominated by USA Today for best new brewery in the country, only one of twenty nominated for this prestigious award. With awesome beer and great food, Eagle Park Brewing Company is definitely worth a visit.

Eagle Park Brewing Company opened a couple of years ago by two brothers and Wisconsin natives – Max and Jack Borgardt. They originally founded the company out of a garage and named it after nearby street names.

Since then, these two amateur musicians turned master beer makers opened a spot on the east side, which quickly has become a top destination for awesome beer and fantastic food. 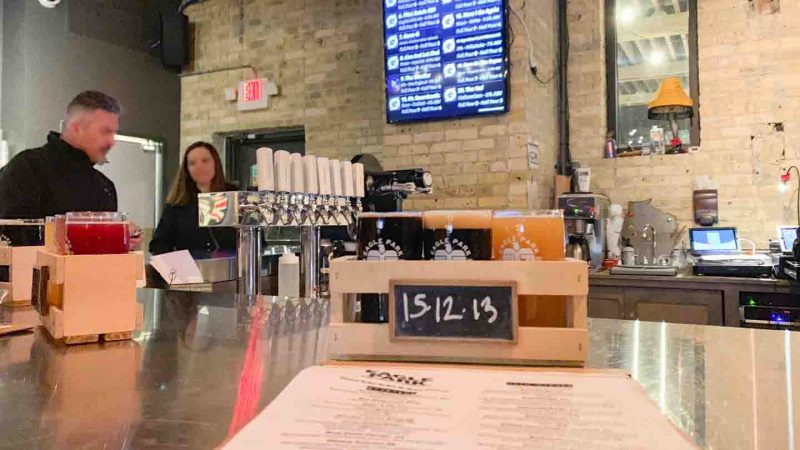 The brewery is located in an east side neighborhood tucked between the Milwaukee River and Brady Street, a great area with plenty of hidden gem bars and restaurants. The location is ideal for further exploring the east side, especially Brady Street.

The building has a spacious parking lot and plenty of indoor space, including a bar, numerous communal-style tables, and an outdoor patio for summer. There is also a food counter for ordering up some tasty bar snacks. While Eagle Park doesn’t really offer a brewery tour, the taproom is a great space for relaxing and sampling some really tasty fresh beer.

Great beer is the main reason for visiting Eagle Park Brewery. They often have twenty or so beers on tap in a wide range of styles. They often have several IPA options, like an Imperial Double IPA ($7), numerous sour beers, like the Raspberry Slush Sour ($8), and other creative beers, like a Chai Imperial Porter ($7) or a Peach Milkshake IPA ($8). They even make barley wines and other specialty beverages. When it comes to sampling, three half pours are $10, and premium flights are $13.

The rotation changes pretty often, but given the number of beers offered, there is always something for everyone. Currently, Eagle Park beers are only available on location, but they are available for takeaway purchase through a growler program, and they have around five beers that are canned and available for to-go purchase, typically for $16-$20 per four-pack.

Even if someone doesn’t drink beer, Eagle Park is worth a visit for the fantastic food. As mentioned above, the food can be ordered at a counter and is basically self-serve from there. They take bar food in a tap room very seriously by offering appetizer options like Brazilian Cheese Bread with tomato sauce ($8), crispy chicken wings with a herb and citrus rub ($11), and duck confit pierogies with a stout cherry jam ($10).

More substantial options include burgers, like the Smash Burger with house bacon, American cheese, caramelized onions, garlic mayo, and fries ($13), or numerous BBQ options, including an awesome pulled pork sandwich with cherry chutney, coalho cheese, and fries ($14). The food at Eagle Park is super creative and probably some of the best food to be found in a brewery in the city. 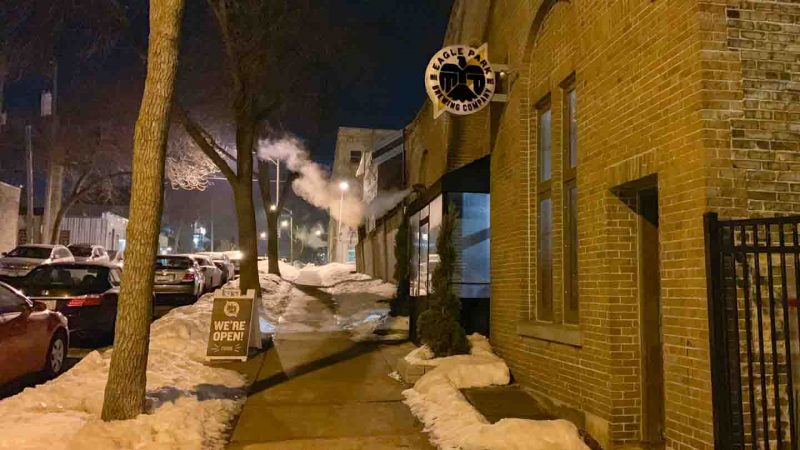